The following charts feature the harmonic vocabulary used by eighteenth-century composers and, to varying extents, music by composers of other times and places. They are intended to succinctly capture the harmonies featured in High Baroque and Classical period scores, and to serve as a reference for the student engaged in the analysis of this and similar kinds of music. Harmonies in red are encountered in nineteenth-century scores, and are included here as bonus material. The principle theoretical texts consulted while creating this chart were Evan Copley’s Harmony and Form I & II, and Tonal Harmony by Kostka & Payne. 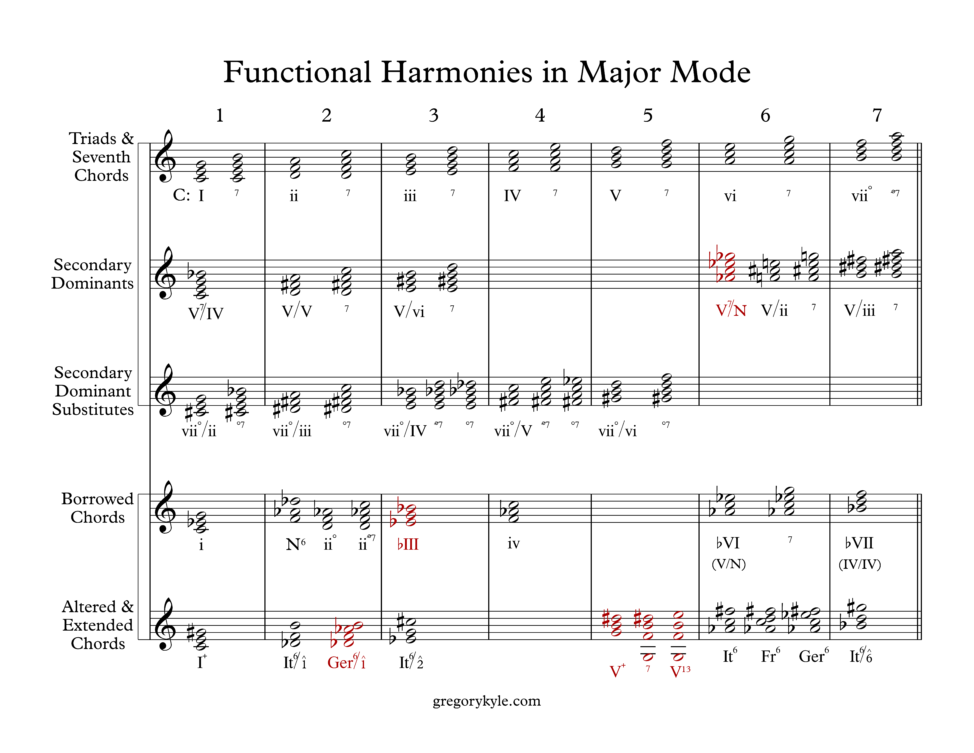 Note that in minor mode, the harmonies from the natural-minor scale are on top, even though the minor dominant is less common than the major dominant. This suggests that minor mode actually borrows from harmonic or melodic minor, albeit frequently. It leases the major dominant, or the leading-tone, but doesn’t technically own them.