Review: Jane Goodall, In the Shadow of Man

Second in my list of books from last year is:

I started reading this book on a plane to New York on April 3rd—and then discovered that the date marked Jane Goodall’s birthday. The introduction tells of the book’s wide influence since its first publication in 1971, including the anecdote of a traveler who took this volume along with the Bible as the two books she consulted in times of perplexity and discouragement. Indeed, the story of Goodall’s work as a young naturalist and primatologist seems to be sanctioned by Providence. She had a lifelong desire and passion to observe animals, and through various conflicts and obstacles was able to begin work watching chimpanzees in their natural habitat in the Gombe forest of Kenya. The work was extremely taxing and difficult, and fruitless for over a year; but through perseverance and refusal to despair, she was able to go on to observe the apes in closer detail than ever before. Her work proved seminal in the field of primatology, and transformed our perception of apes and of ourselves in relation to them. There is such depth of meaning in this story that for someone who believes in such a thing as Providence, it may be difficult not to see the hand of God in it. 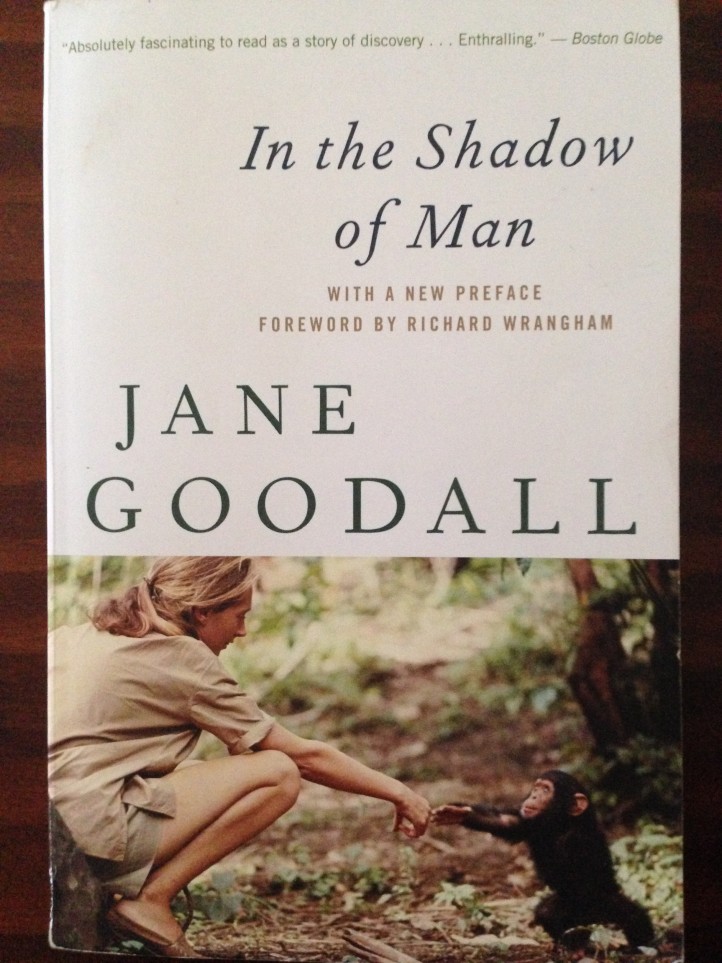 Goodall is not only a revered primatologist, but an excellent writer. Her story reads almost like a memoir, artfully crafted and richly descriptive, but at the same time full of technical observations on chimpanzee behavior. Since reading this book, and having contemplated the great apes, I view human beings differently. I see human virtue, selfishness, sexuality, love, social hierarchies, bipedality, and nakedness all in the context of how they are similar to or different from apes. When I visit the Phoenix Zoo, I look long and intently on the orangutans, so strikingly similar to us as are the chimpanzees. The creatures Goodall describes are fascinating and magnificent. Her account of them is not without tragedy, but her story awakens us to greater concern for them and indeed the entire natural order. Although a keen and tireless observer with deep love and respect for the chimpanzees, her interaction with the apes was of necessity limited. And yet through it all, she writes, “We began, though indeed ‘through a glass darkly,’ to understand what a chimpanzee really is.”